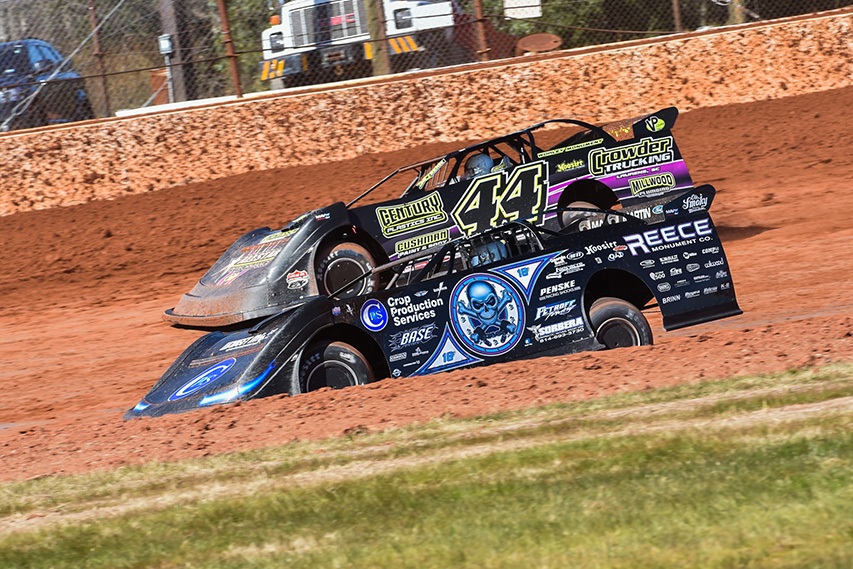 Madden Will Pilot SBR Entries at Select Racing Events Ahead

Mooresburg, TN. — Scott Bloomquist Racing returned to action nearly a month ago but ultimately made the decision to take several weeks off to continue to work on Scott Bloomquist’s physical therapy.  The break in action also allowed the team to focus on getting their “Ducks in a row” for the remaining 2019 schedule.  During the break, the past met the future when Chris Madden and the SBR team established a plan to work together moving forward.

Chris Madden, a former Team Zero driver is set to return to the Bloomquist corner and that journey will begin next weekend when the #0 piloted by Scott Bloomquist returns to racing at Tri-City Speedway with the Lucas Oil Late Model Dirt Series.

Madden will be joining the team, turning wrenches for Bloomquist through the Tri-City and Wheatland weekend and is slated to pilot a 2ndSBR entry at the Silver Dollar Nationals on July 18th-20th.  The team plans to have a 2ndentry at several other major events on the 2019 schedule.  That alliance is set to continue until Madden is able to have new Bloomquist cars added to his own fleet where he plans to start back up with his own Super Late Model operation very soon and remain in the Team Zero network.

“I had many years of success with these cars and those were some of the best and most successful years I’ve had in my career.  It is almost like returning home and I’m excited at the opportunity to drive for SBR and get back in these cars with my own operation soon” Said Chris Madden.

Madden is leaping into the operation in just over a week and will support Bloomquist and the #0 team as the Hall of Fame driver returns back to racing, a move that everyone involved feels will have a very positive impact on the entire organization.

“As odd as it may sound we are still a NEW organization, we have some NEW crew members and some NEW ways of doing things.  Having Chris (Madden) along for the ride for awhile is going to be great for all of those people but it is also going to be great for Scott to return while having that type of veteran driver support.” Said Cody Sommer, President of Scott Bloomquist Racing.

The team has indicated that their 2019 schedule is available online at www.ScottBloomquistRacing.comand will be kept up to date, including events which the team will have a 2ndentry.  Additional dates may be added in the future.

Any questions or inquires may be sent via email to info@ScottBloomquistRacing.com

Scott Bloomquist Racing is an industry leading racing organization built upon unrivaled success on the race track and off the race track.  SBR houses the iconic #0 car which is driven by their Hall of Fame driver (Scott Bloomquist) across the United States.  The 9X National Champion has racked up over 600 victories, 8 Dirt Late Model Dreams, 4 Worlds 100’s and has victory at every other major event in this sport.  More information regarding Scott Bloomquist Racing can be found online at www.ScottBloomquistRacing.com